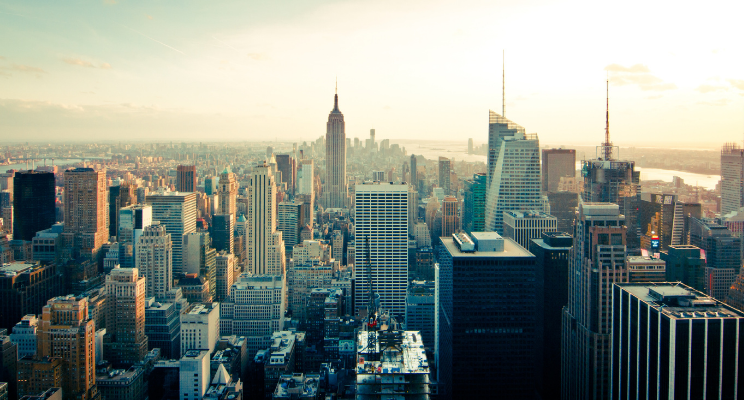 Stress and the City: Is your City Making you Sick?

If you live in the city, there is no way that you can do so much as go to your porch to get your newspaper without being bombarded by an overload of stimuli. Accosted by lights, sounds, and white noise, city living comes with a very high density environment, excessive stimuli, competition, and uncertainty.

In 1965, health authorities in Camberwell, a bustling quarter of London, stumbled upon the Overload Hypothesis of big cities by accident. They started a tally and attempted to keep case records for every person in the area who was diagnosed with schizophrenia, depression, bipolar disorder or any other psychiatric condition. Decades later, when psychiatrists looked back on the data, they noticed a very odd phenomenon and surprising trend. Even though there was no rise in the general population from 1965 to 1997, the incidence of schizophrenia had more or less doubled. In 1965 there were around eleven people with schizophrenia for every 100,000 inhabitants, and in 1997 there were twenty three people with schizophrenia for every 100,000 people. These results astounded the psychiatrists. They wanted to find out if it was possible that city life was increasing the risk of schizophrenia and other mental health disorders in its inhabitants.

This theory is an important one. In Germany, the number of sick days that are taken for psychiatric ailments doubled between 2000 and 2010. In North America, up to 40% of disability claims for work absence are related to depression, according to some estimates. Jane Boydell, who led the Camberwell study at the Institute of Psychiatry in London said, “It seems that cities may be making us sick.”

It does make logical sense that cities may be making us sick. Psychiatrists know that stress can trigger mental disorders, and modern city life is widely perceived by many as stressful. City dwellers typically face more noise, more crime, more slums, and more people jostling on the streets than urban areas. There are growing complaints of people in the workforce that because of greater demands, they are expected to do more in less time.

However, the physiological stress response is not all bad. On the contrary, it helps mammals to survive. Any kind of threat that we perceive is met with the stress response of the release of hormones of cortisol and adrenaline. These hormones raise levels of sugar in the blood and redistribute the blood to muscles and lungs.

The stress response becomes problematic when it does not shut off. Stress-hormone levels that stay high for too long can cause high blood pressure and suppress the immune system. Scientists agree that severe or prolonged stress can raise the risk of psychiatric disease, and especially for those who have a genetic predisposition. Therefore, the endless challenges of the city can produce damaging stress.

An experiment was done to show how constant stress affects the brain differently in people who grew up in the city and people who moved to the city as adults. Fifty five brains of healthy volunteers were scanned as they carried out arithmetic tasks under a constant bombardment of negative social feedback. The experimenters would tell the participants that they thought that they were failing, that they were not doing as well as other participants, and would show the participants their impatient faces through the screens.

The constant bombardment of social stress activated two brain areas, but the pattern of brain activation depended on the participants' histories of urban living. The amygdala, which processes fear, anxiety, and other emotions, showed much greater activity in people who were currently living in the city. The cingulate cortex, which helps to regulate the amygdala and process negative emotions, responded more strongly in those brought up in large cities than those brought up in the countryside, irrespective of where they lived now. It was postulated that the over-responsiveness to stress could make city-dwellers more prone to psychiatric conditions.

In addition, the “benefits” that often come with living in a city, such as road traffic noise and constant air pollution can cause risks of cardiovascular disease. Traffic noise as an environmental stressor can have adverse health effects in both direct pathways, such as sleep disturbances, and indirect pathways, such as constant annoyance. Further, based on the stress reaction model, both pathways lead to a physiological acute response, such as elevated levels of stress hormones, which can be detrimental if it is constant. The oxidative stress hypothesis explains why air pollution can cause impaired endothelial function, systemic inflammation, constant activation of the autonomic nervous system, and the direct transfer of particles from lung to blood circulation.

A noise modelling framework was developed for each cohort, where noise sound pressure level was estimated on all roads five hundred miles of the homes. Other factors were taken into account, such as noise propagation due to refraction and diffraction, absorption from buildings, and distance and angle of view. Each study area had different daily average traffic profiles from calculated hourly vehicle flows, building heights, land cover, road network geography, and meteorological data. Similar considerations went into air pollution estimates, which measured and assigned aerodynamic diameter and nitrogen peroxide. Blood samples were continuously taken from both groups.

In this study, long-term road traffic noise was significantly associated with higher levels of hsCRP, triglycerides, HDL cholesterol, and fasting glucose. The latter two associations remained even after further adjustment for air pollution. Air pollutants were also significantly associated with higher hsCRP levels. The overproduction and constant amount of stress hormones, such as catecholamines, that follow the long term noise exposure is believed to increase the supply of fatty acids and glucose by breaking down triacylglycerol. In fact, there were significant positive associations between road traffic noise exposure and triglycerides. In other words, there were significant associations between long-term exposure to road traffic noise and air pollution with cardiovascular disease biochemical parameters, which provides a possible link between noise or air pollution exposure and cardiovascular disease.

The statistics and findings about elevated stress levels being correlated to living in the city is obviously very harrowing. Does this mean that for all of us who live in the city we are destined to live a life full of unending stress with nothing that we can do about it? The answer lays right outside: literally right outside. Just stepping outside can increase your happiness and wellbeing, and it can even prevent depression. It was also found that walking outside in a park or a location that is not as densely populated can reset the brain’s emotional thermostat. This helps us to get a hold of our emotions, which in turn helps us to combat stress.

In the same vein, exercise is also incredibly beneficial for our physical and mental health. Many studies have shown that exercising makes us happier, improves our immune system, and helps to prevent heart disease.

Normal, everyday interaction with others can also help build social connections, form intimacy, and even improve our physical health. Studies have shown that having everyday interaction with our neighbors can improve our mood and well-being. It was found that people that live in highly densely areas were less likely to speak to others, strangers and neighbors alike. When “forced” to speak to others on a subway car ride in an experiment, participants announced that they had a more positive commute, and had a more positive attitude after conversing with others. As counterintuitive as it sounds, it was found that people in large cities mistakenly look for solitude.

Just because you live in New York City, Houston, Phoenix, or Los Angeles does not mean that you should despair. Find a group of people, go outside together, and start exercising!

Listen up! How Music can Promote Relaxation & Relieve Stress 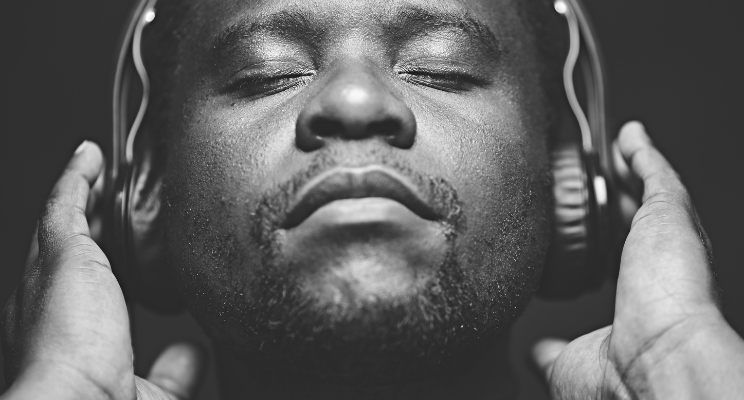 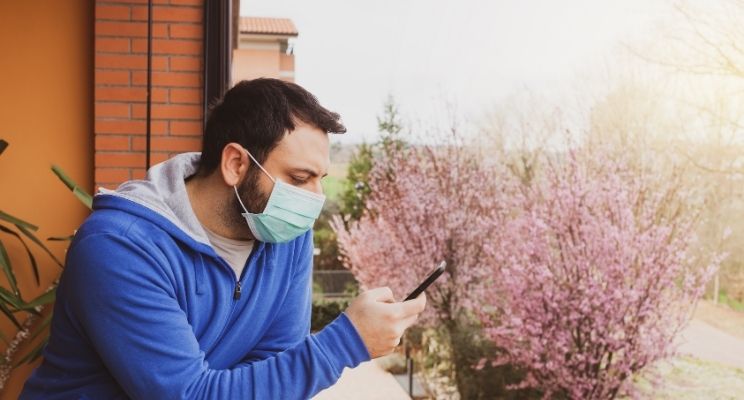 7 Solutions for Loneliness During Coronavirus Quarantine 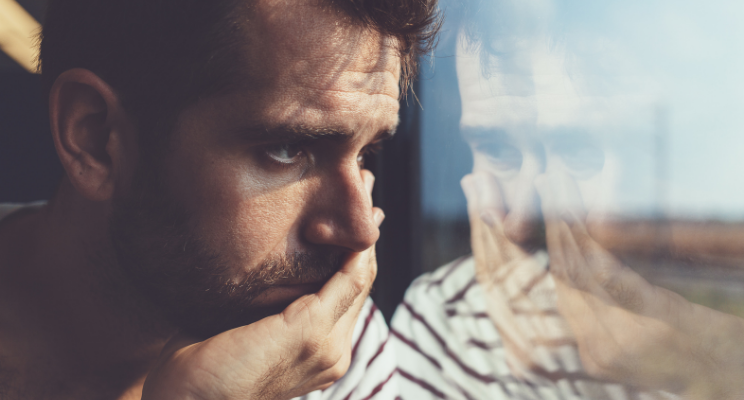